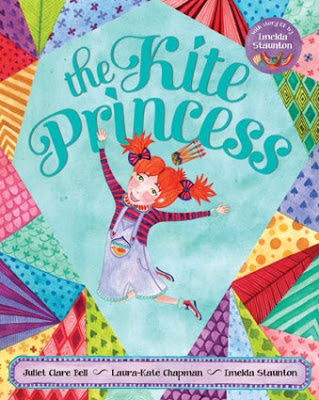 The Kite Princess is a new release from Barefoot Books, and it gets two thumbs up at our house! 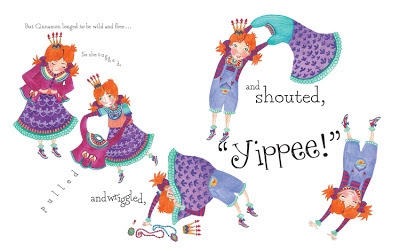 She tries to escape, but her parents catch her and spoil the fun...so Cinnamon Stitch hatches a plan... 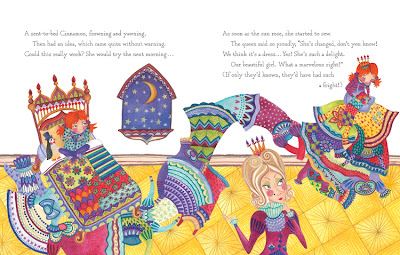 ...and soon everyone in the kingdom is flying free and shouting Yippee! 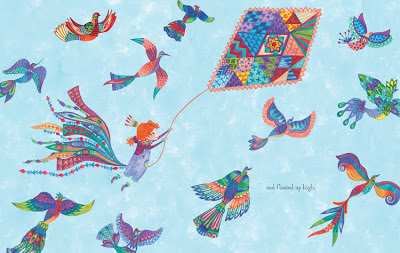 The Kite Princess has a bouncy rhyme written by Juliet Clare Bell (read more from Ms. Bell about how Princess Cinnamon Stitch came to life):

There once was a princess called Cinnamon Stitch.
Her parents were stuffy and terribly rich.
They liked to parade her around their fine land,
with Cinnamon looking exceedingly grand.

The illustrations by Laura-Kate Chapman are perfect, full of spunk and color, sure to stimulate the  imagination.  The Kite Princess comes with a story CD narrated by Imelda Staunton, who played Professor Umbridge in the Harry Potter movies.  There are also simple instructions for making your own kite in the back of the book.

If you've got a little girl who yearns to be free, The Kite Princess is the book for you!

Email ThisBlogThis!Share to TwitterShare to FacebookShare to Pinterest
Labels: Age 3-4, Age 5-7, Age 8-10, Books with Story CDs, Tell Me a Story